The project is co-financed by the Governments of Czechia, Hungary,  Poland and Slovakia through Visegrad Grants from International Visegrad Fund. The mission of the fund is to advance ideas for  sustainable regional cooperation in Central Europe.

The main goal of the project co-financed by International Visegrad Fund is to establish a thematic platform for the collaboration and integration of universities from the Visegrad Group (V4) that conduct research and teaching in the field of analytical chemistry (AC), particularly in the field of flow analysis and capillary electrophoresis. In overall, the collaboration of these units will facilitate exchanging the best laboratory practices, raising the professional competences of lecturers and developing their distinctive skills, as well as exchanging experience in communication and setting up partnership between scientists and external stakeholders. Therefore, in a more distant perspective, it may contribute to the implementation of the research outputs into industry sector, in laboratories dealing with routine analyses, and by manufacturers of scientific equipment. A particularly important goal of the project is the diagnosis of crucial needs of the V4 region in the AC field, which can be met solely by means of international and joint research or teaching activities. Although the collaboration between the V4 countries in this field has already been intensified recently - there are mutual research projects, meetings and staff/students exchange programs – the anticipated demands are much greater. Establishing a new common perspective for further development of AC in the region is essential for the future from academic and industrial points of view.

In fact, the collaboration between academic centers was so far scattered and informal. Thus, the process of integration across national borders is vital to strengthen the position of universities in the V4 region, especially with regard to the West-Europe countries. Furthermore, integration increases the access to financial resources, allowing to undertake valuable scientific and academic teaching projects. The implementation of the assumed goals will indirectly contribute to the development of innovative solutions in AC, increasing soft and hard skills of trained young scientists and students, as well as triggering internship programs. As a result, young people will have a better access to the labor market, which should lead to the increase of the competitiveness of the V4 macroregion countries.

The consolidation of the scientific community dealing with analytical chemistry (AC) in the Visegrad Group (V4) in order to increase the application potential of large international grants and make a skyrocket progress in AC is the crucial task for the V4 countries. The project starts with running a website describing the didactic and research potential of partners and possible dissemination of this initiative among didactic and research units from V4 Group and all over Europe. The main activity will be Symposium "Flow Analysis & Capillary Electrophoresis" (V4-FACE 2020), which gathers people from a number of different groups. During the conference, the latest scientific achievements will be presented and the opportunities of AC development and implementation in industry will be discussed together with an indication of further collaboration possibilities. Young scientists/students will participate in the workshops aimed at the training important hard skills. The current state of the art and further perspective of AC teaching at tertiary level will be discussed at the specially-dedicated panel session. The awareness of the project activities will also be raised by media representatives. V4-FACE2020 is the continuation of the well-recognized event by the specialists from V4 Group, but its impact on the society and young researchers has been so far limited. It was mainly due to the financial constraints of stakeholders who could not afford for the conference costs.

The main event of the project will be the titled conference: V4 Symposium "Flow Analysis & Capillary Electrophoresis" FACE2020, which will be held at the Faculty of Chemistry of the Jagiellonian University in Krakow. During the symposium, representatives of all partners, students, young scientists, academic teachers, as well as representatives of routine laboratories and industry will be able to learn about the latest achievements in the field of flow analysis and capillary electrophoresis and exchange their experiences and needs in the field of chemical analysis development in Visegrad macro-region.

Improvement of the hard and practical skills of students and young scientists as well as academic teachers and employees of routine and industrial laboratories (especially R&D and QC departments) from the countries of the Visegrad Group will be achieved through workshops. The workshop called "Modern Flow Analysis & Capillary Electrophoresis - from theory to practice" will be conducted by the best experts in Europe in both of the above fields of chemical analysis. 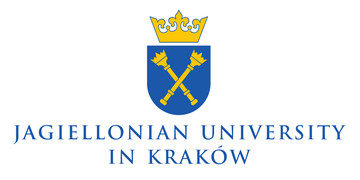 The Jagiellonian University comprises 16 Faculties, where nearly 4,000 academic staff conduct research and provide education to over 40,000 students, within the framework of more than 80 different fields of study. The eminent researchers and state-of-the-art infrastructure make the JU one of the leading Polish scientific institutions, collaborating with major academic centers from all over the world. The Jagiellonian University is also a home to about 150 student societies, where young researchers pursue their academic interests and develop friendships with people who share their passion.

The first chair of chemistry in the Jagiellonian University was established at 1782. Originally part of other Faculties (Medicine, Philosophy, and Math-Phys-Chem), in 1981 the chair was elevated to the status of an independent Faculty of Chemistry. Nowadays, Faculty offers the access to modern instrumentation supporting research efforts in all major sub-disciplines of chemistry (analytical, inorganic, organic, physical, theoretical, biological, chemical technology, crystallochemistry) as well as in chemistry-related interdisciplinary areas. The total average number of students at BSc, MSc and PhD levels - studying chemistry, medicinal chemistry, environmental protection, and chemistry of the sustainable development - amounts up to 1,300 every year. 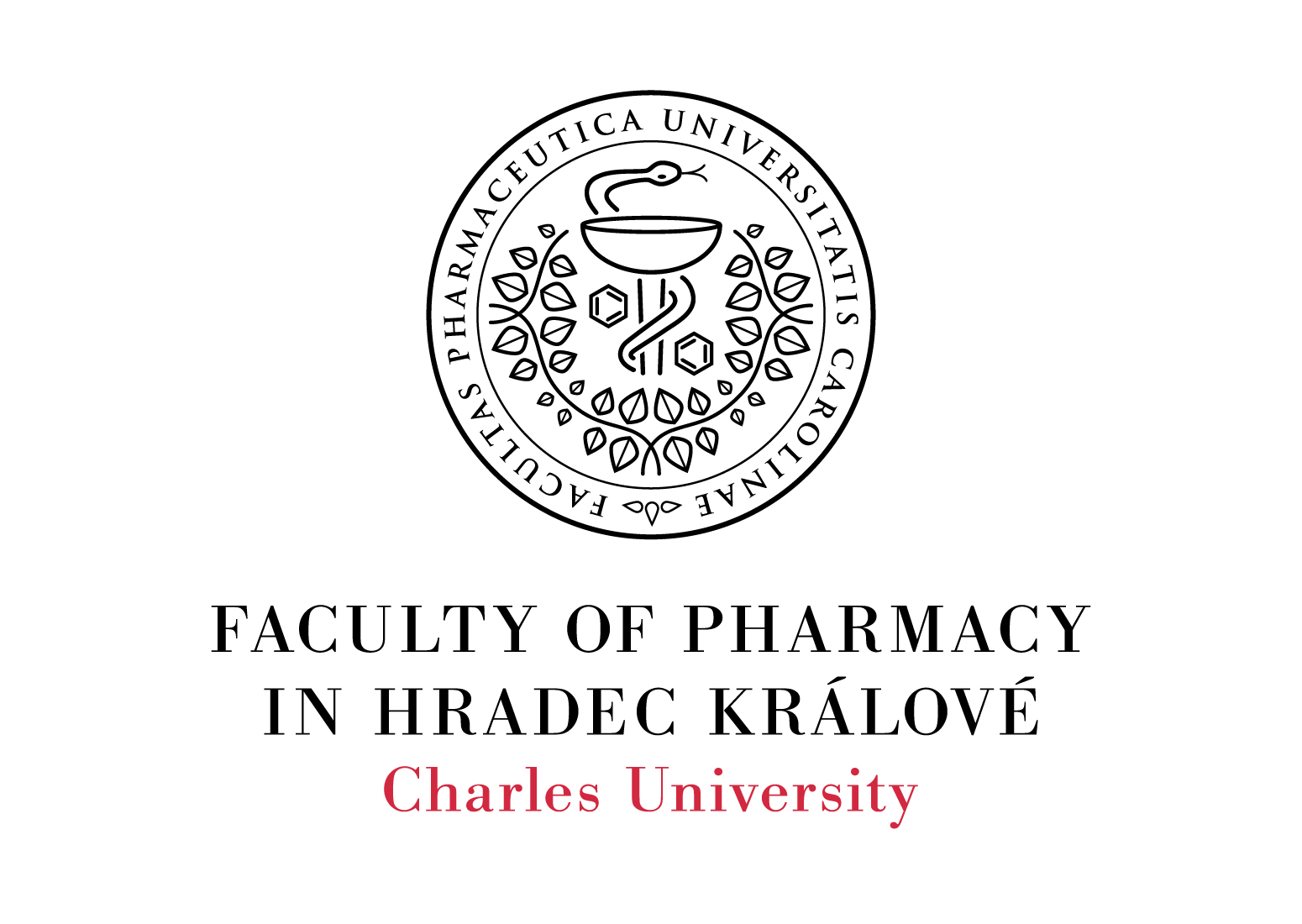 Charles University, the first university established in Central Europe, was founded by Charles IV, the Czech King and Roman Emperor, in 1348. At present Charles University has seventeen faculties altogether, out of which fourteen are seated in Prague while the other three are located in important Czech towns of Hradec Králové and Plzeň. 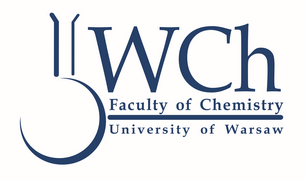 Faculty of Chemistry (FCh), University of Warsaw is considered one of the most potent research and teaching centers in the field of chemistry in Poland. For many years, the FCh has been assessed as the best unit in the country in terms of education of chemists. It has a strong position in education and research being the top institution in its field, maintaining the status of National Centre of Scientific Excellence. At present, there are more than 130 scientific projects at the department funded by NCBR, NCN, FNP, POWER, Horizon 2020, Ministry of Science and Higher Education. In the Nature Index 2016 Rising Stars the University of Warsaw was located at the 96th place worldwide and took 3rd place in Europe, which was achieved mainly due to the contributions of the Faculty of Physics and the FCh. Within the years 2013-2017, the FCh was ranked first in all prestigious domestic rankings in the field of chemistry. Furthemore, in the yearly QS World University Rankings, in the category of chemistry, the FCh was located between positions 250-300.

Faculty of Science and Technology, University of Debrecen, Hungary 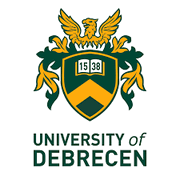 The Faculty of Science and Technology in the University of Debrecen has been an individual Faculty since 1949. The Faculty has made considerable contributions to the development and expansion of fields of scientific research and education (biology, chemistry, earth sciences, mathematics, physics). The Faculty has 27 departments teaching 4000 students.

Institute of Analytical Chemistry of the CAS, v. v. i. (IAC), Czech Republic 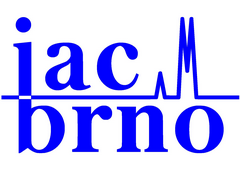 Scientific activities of the Institute of Analytical Chemistry of the CAS are focused on the research and development in the field of analytical methods. The main research directions are related to the rapid expansion of knowledge in biological sciences, especially in genomics, proteomics, medicine, human health and environmental protection. Activities of the Institute contribute to improvements in general knowledge and level of education. Research results are published in scientific journals and books. Some of them are registered as patents. 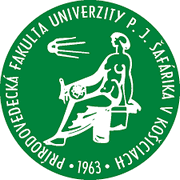 Faculty of Science is one of five faculties of Pavol Jozef Šafárik University in Košice and it belongs to accomplished institutions of education and science not only in Slovakia but also in Europe. It provides knowledge through research and development, by supporting regional and national activities in all natural sciences, mathematics and computer science fields. 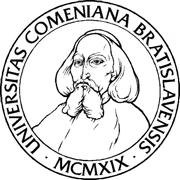 Comenius University in Bratislava is a modern European university. In 2019, it was celebrating its 100th anniversary. It offers the widest selection of study programs (over 800) at three levels, and several of these study programs are the only ones of their kind offered in Slovakia. There is a wide range of areas of human knowledge to choose from when studying, be it in medicine, the humanities and social sciences, the natural sciences, mathematics, theology, and much more. Comenius University comprises thirteen faculties, with more than 22,000 students at all three levels of study, of which almost 20,000 are full time students. Studying at the oldest Slovak university enjoys popularity with international students – 3,000 students from more than 80 countries study at CU. Students accepted into the university can choose from a wide range of study programs, which number in the hundreds. Comenius University is also an important research institution, which participates in top-level research in a number of scientific disciplines. It is also a center of hundreds of domestic and international science and research projects. The university is the home institution of 26 top-level research teams (out of a total of 54 at all Slovak universities). Comenius University is regularly ranked among the best universities in the world in global university rankings. 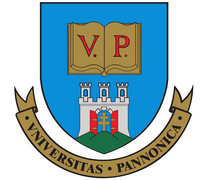 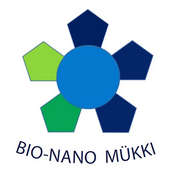 Research Institute of Biomolecular and Chemical Engineering (MUKKI) conducts basic and applied research with promising perspective for the fields of technical chemistry, biochemistry, and for establishing new units and processes of technological applications. For many years, MUKKI has collected the significant experience in the fields of chemical and biochemical technologies, with widespread cooperation with national and international industry sector. The MUKKI partners are the representatives of chemical and biochemical industry, pharmaceutical industry, as well as chemical engineering companies and all other companies who need modern, environment-friendly, and economical processes.